Mt. Bachelor first started December 19, 1958 and celebrates its 60th anniversary, this winter. Founder, Bill Healy, had a vision for a new ski area on what has now become the sixth largest ski mountain in the United States. 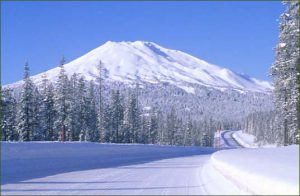 It originally opened as the Bachelor Butte Ski Area on December 19, 1958 and was later renamed to Mt. Bachelor in 1983. There was a 1,500-square-foot day lodge and just one lift back then – and it didn’t have any chairs. There was a Poma Lift, which was a surface lift that drags you and your skis along the snow, and two rope tows; and that’s it.

A lot has changed in 60 years, There is now 11 chairlifts scattered across the mountain and over 4,300 acres of ski-able terrain.